Explains "SUperintendent of DOCuments numbers, the classification system by which U.S. Government publications are ordered.Provides examples and links to all federal agency webstes.

Government documents (GovDocs) are items printed by federal, state, local or even international agencies. Booth Library is a federal and state depository of many items made available to the public through the free dispersal of certain classes of published government informaiton. (So, there's no need to travel to Springfield, Illinois or Washington D.C. to read them!) GovDocs are an invaluable source of information and do not just pertain to historical, legal, or political subjects: you can find all kinds of topics in our GovDocs room from ecology, fine arts, healthcare, maps, medicine, science, technology.... GovDocs are located on the 2000 level (second-floor), north, and have "Document" or "Document Reference" as the department location on the call number label.

State of Illinois documents: Whether you are looking for state historical facts in Illinois Heritage, cycling trails in Illinois Bicycling Guide, or state funding in Starting Your Business in Illinois Handbook  you will find them in the first two rows to the right/east when you enter the GovDocs room. Illinois State documents are shelved according to the Dewey Decimal Classification System by subject from 000-999.

United States Federal documents: Most of what you'll find in the rest of the GovDocs room contains U.S. Federal documents published by the United State Government Printing Office/GPO, which just happens to be the largest printer in the the world. Here--items ranging from one-page pamphlets or posters, to series sets numbering in the hundreds of volumes--are publications on just about any subject you can think of.. from the "Art of Michael L. Willcuts, Fine Art in Airbrush" in print, call # I 1.84:M58; to Bovine spongiform encephalopathy: an Overview - or Mad Cow Disease - online or in print, call # A 1.68:1705; or an official congressional hearing discussing Counterterrorism Policies and Priorities" online or in print, call # Y 4.F 76/2:S.HRG.113-135; or the pamphlet Lincoln Home Historic Site, Illinois, online or in print at call # I 29.6/6:L 63/3/999; to statistical information found in 200 Years of U.S. Census Taking: Population and Housing Questions, 1790-1990 found in print, call # C3.2:T93.

How to read a Federal SuDocs call number:
Federally produced documents are classified by a SuDocs--or Superintendent of Documents--call number. This number can be short and sweet, or long and meandering. You will find the call numbers depicted horizontally (in the above examples) in the library's online catalog and depicted vertically (as you will see in the quiz below) on the actual item's call number label. Taking the call number one step at a time, they are categorized and filed alphabetically by the agency that produces the document. This differs from the Dewey Decimal system or the Library of Congress / LC system (both used by Booth Library) which are both subject-oriented classification systems. Another characteristic of SuDocs call numbers is that they include punctuation marks not seen in Dewey or LC.

[2.] the book number includes everything after the :colon.  The book number details information about whether it is a monograph (a one-time publication) or part of a series, and the publication date or the year of congress it was developed.
This is a "quick and dirty" translation you need to find any Government Document (GovDoc). If you're interested in further details, take a look at the Superintendent of Documents Classification System which goes into greater length on SuDocs call numbers. If you're interested in more rules and regulations, the latest edition of the GPO Classification Manual has five chapters and 102 pages of classification explanation.

1) Before the colon :  includes the originating agency abbreviation and other identifying information up to and including a colon (which acts as a stopping point, a period, or end of sentence).

A document entitled The Future of Journalism with the call number Y 4 .C73/7:S.HRG.111-428
Class Y indicates it is a document produced by Congress. Y 4 means the document is a House and Senate Congressional Committee Hearing.
.C73/7: means that a specific Senate subcommittee, the "Committee on Commerce, Science and Transportation," is involved in the publishing of this document.

2) After the colon : all numbers and letters following the colon are the unique book number identifiying each published item, a series part, and the year or # of congress during which the item was published.

For the title Obamacare Implementation: Sticker Shock of Increased Premiums for Healthcare Coverage with a call number  of Y 4 .G74/7:113-78.

Before the colon
Y 4 is the issuing agency--the House and Senate Committee hearings
.G74/7: is a subcommittee, the Committee on Oversight and Government Reform

After the colon, the publication date is expressed as a year (or the number of the Congressional session under which it was created); and a series number.
113 denotes the one hundred thirteenth Congress during which the hearing originated
-78 is the series number (which would be followed by 113-79, 113-80, etc., if more hearings in the same series were published during the 113th congress)​.

QUIZ - Test yourself on what you have learned

Just for fun...see if you can place these titles in the proper SuDoc call number order (answers at the bottom of the page after the next section).

This is the way the SuDoc call numbers will look on the item's call number label: 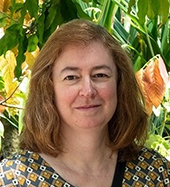