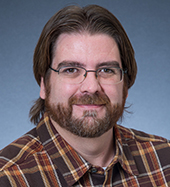 What is the TCP?

from textcreationpartnership.org:
"The Text Creation Partnership creates standardized, accurate XML/SGML encoded electronic text editions of early print books. We transcribe and mark up the text from the millions of page images in ProQuest's Early English Books Online, Gale Cengage's Eighteenth Century Collections Online, and Readex's Evans Early American Imprints. This work, and the resulting text files, are jointly funded and owned by more than 150 libraries worldwide. All of the TCP's work will be released the public domain for anyone to use.
The Text Creation Partnership is quickly arriving at a major milestone: starting January 1, 2015, all restrictions will be lifted from EEBO-TCP Phase I, which consists of the first 25,000 texts transcribed and encoded by the TCP from 2000-2009.
These 25,000 (plus a few hundred) texts will be freely available to anyone wishing to use them, and there will no longer be any restrictions on sharing these files. They will be licensed under the Creative Commons Public Domain Dedication (CC0 1.0 Universal), which will be indicated in the header of each text.

​What does this mean for us at EIU?

Access to the phase I public release means that over 25,000 early print books have been digitally encoded and made available for free download. The files are stored in a publicly accessible Box.com folder as SGML and XML files. The Box.com folder does not provide the ability to search the files, and if you don't know how to view SGML or XML files, it doesn't do you a lot of good.